Simcoe is an unincorporated community and former town in Southwestern Ontario, Canada near Lake Erie. It is the county seat and largest community of Norfolk County. Simcoe is at the junction of Highway 3, at Highway 24, due south of Brantford, and accessible to Hamilton by nearby Highway 6. This largest of the Communities in Norfolk County, Ontario had a population of 13,922 at the time of the 2016 Census.

Simcoe was founded in 1795 by Lieutenant Governor John Graves Simcoe. Initially, the settlement consisted of two distinct areas, Birdtown, named by William Bird who arrived in the early 1800s and the Queensway which grew up around Aron Culver’s sawmill and grist mill in the 1820s. The post office opened in 1829 and was called Simcoe. In 1837, the village became the seat of government of the then Talbot District.

A historical plaque adds that Lieutenant-Governor Simcoe gave land to Aaron Culver in 1795 on the agreement that he would build mills; after they were in operation, a hamlet formed by 1812, although it was burned down by American troops in 1814. Between 1819 and 1823 Culver laid out a village; streets were surveyed in 1835 to 1836.

Records from 1846 indicate that the settlement was far from any major roads and had little communication with areas outside of Brantford, and that a stone court house and jail had already been built; the courthouse would be destroyed by fire in 1863 and rebuilt. There were three churches, Methodist, Baptist, and Congregationalist A weekly newspaper is published here, the ” Long Point Advocate.” The population was about 1,400. The post office was receiving mail daily. 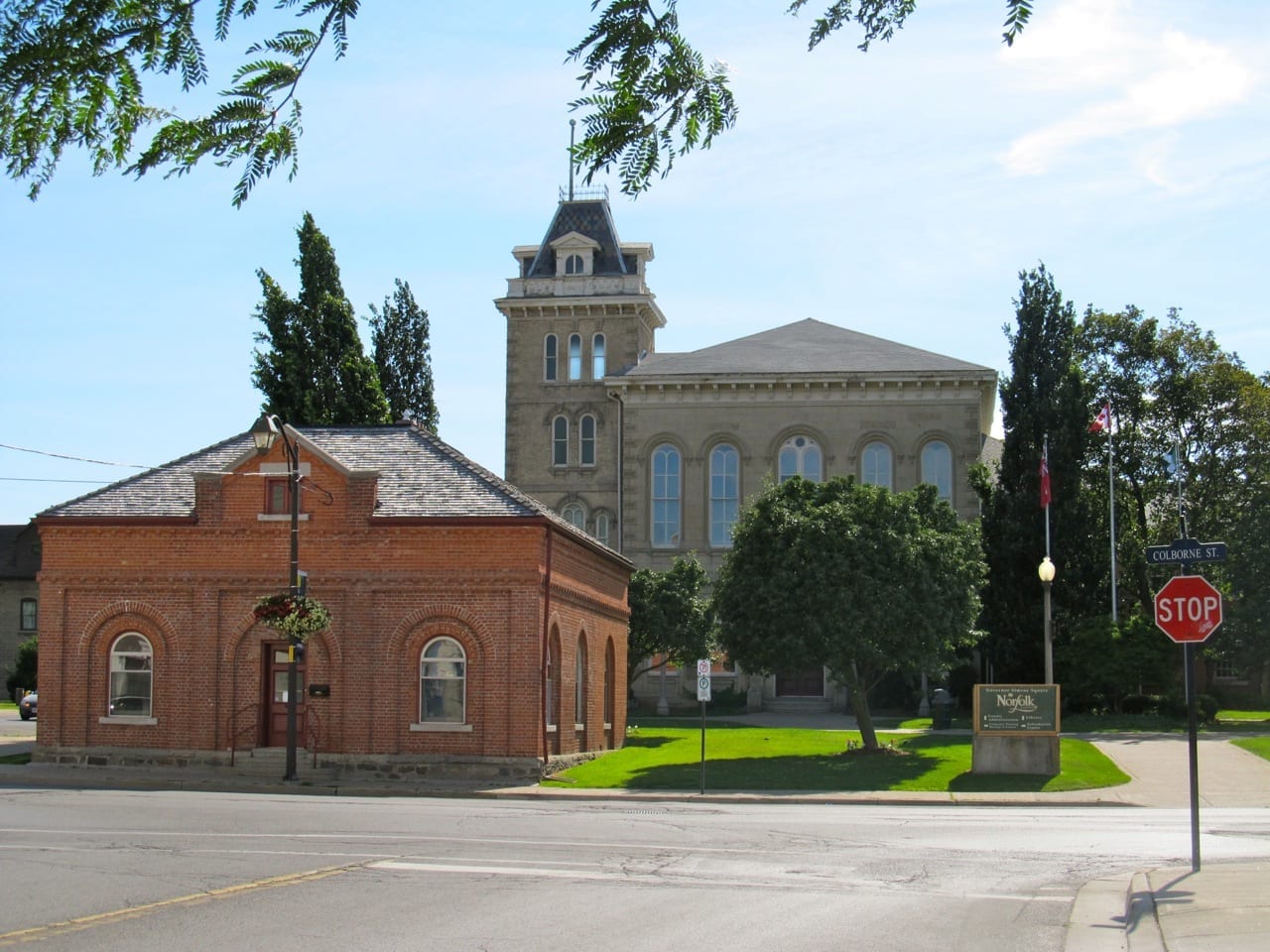 Please wait while we are fetching properties...
Translate »